HOW ONE LOCAL SCHOOL TURNED LUNCH INTO A GOOD DEED 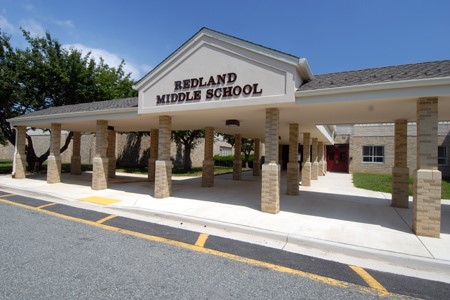 Rockville’s Redland Middle School is a great example of how a meaningful education is about much more than just reading, writing and arithmetic.

A while back, the school established a “share table” where more than 500 students could place unopened, unwanted food for others to eat and enjoy. A great idea in itself, the school decided to take the share table one step further when it became clear that some perfectly good food was still going unclaimed and thrown away at the end of each school day.

In December, Redland signed up as a CFR donor and provided its first donation for a food run on January 5 – 40 pounds of food was delivered to Watkins Mill House, a transitional housing program for women run by Interfaith Works. Since then, the Redland program has provided a donation to Watkins Mill every week that might include fresh fruit and vegetables, cereal, applesauce, juice and milk.

The school isn’t stopping with food donation, however, as Redland’s energy and recycling team conducted a food waste survey on Earth Day and is now implementing a recycling system. For our part, CFR is exploring ways to expand Redland’s pilot program to other public and private schools in the County.